Web layout for those who don't like living in boxes.

The "CSS box model" mandates that all residents of the web should live in boxes. Were the web solely comprised of the very old fashioned HTML(4 or 5.5 *)  and its view that semantics, presentation and behavior can all be neatly separated, this would be fine. But there is also SVG, something so much more powerful and expressive (despite the best efforts of some to keep it down) and in it, rightfully, as per the history and prehistory of human thought and communication, geometry and behavior are all part of semantics. Fie on thee, neophobic luddites of the HTML world!

Layout Parisien allows for the simplified control of a set of lines that determine a geometry into which semantic elements (textual or graphical) may flow and from which more expressive fonts may be designed and modified!

Why Paris? What a silly question? 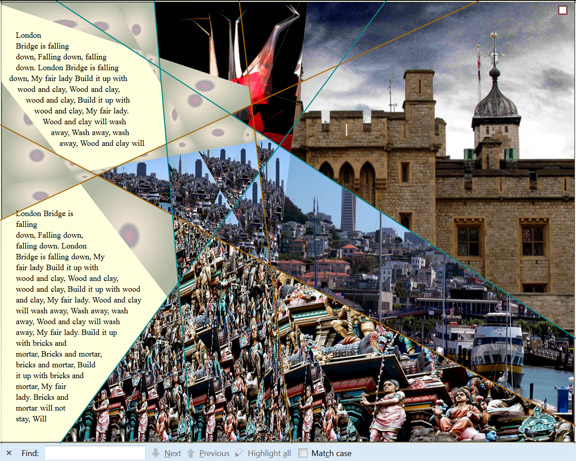